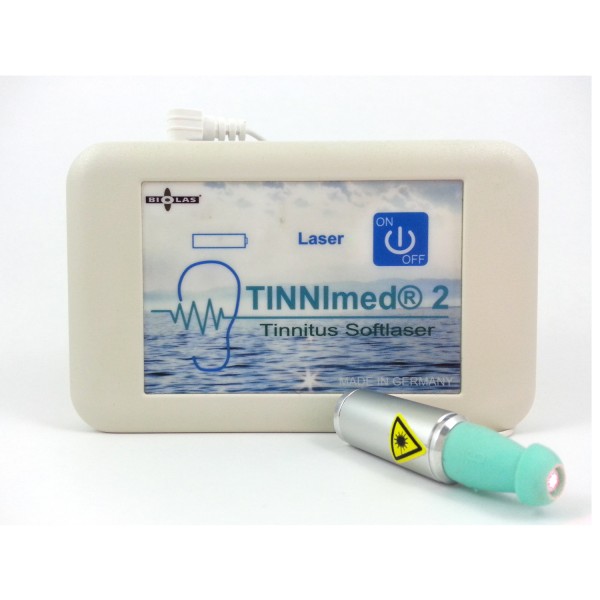 Tinnitus (from the Latin word tinnire = ringing) is a medical term and includes all types of ear noises or sounds that are perceived without sound source in the ears or in the head.

Did you know that the most famous people suffered from tinnitus? These include the reformer Martin Luther, the composers Ludwig van Beethoven, Bedrich Smetana, Robert Schumann and the painter Vincent van Gogh.

Tinnitus is therefore not a new disease, but has been increasing in Western industrialized countries in recent decades.

The ear works like all other sensory organs around the clock. It is - even in the night - exposed to acoustic stimuli and switched to "reception". This ongoing strain and the information overload of today's world is likely to make a lot of people suffer from tinnitus.

The earpieces can be manyfold. Many people experience their tinnitus very differently, for example, as ringing, humming, humming, whistling, rushing. It may also be that these sounds are heard in one ear, in both ears, or even as head sounds. The volume of the ears is perceived very differently by tinnitus sufferers.
These perceptions are based on a disruption of the earning function. The hearing impression of tinnitus thus has nothing to do with the sound around the patient. Everyone has experienced an occasional whistling or whirring in their ears. Such Ohrger wash usually disappear a few seconds or minutes after their appearance again.

Depending on the duration of the complaints one differentiates:
Acute tinnitus : lasting up to 3 months
Subacute tinnitus: the phase between the 3rd and 6th month.
Chronic tinnitus: from 6 months, tinnitus is referred to as "chronic"

Typical noise frequencies found were between 1000 Hz and 8000 Hz.

The sound may be consistent in its intensity, but it may also have a rhythmically pulsating character. There is not always a real noise that causes the same sensation as tinnitus. Also, tinnitus should be clearly differentiated from auditory hallucinations.

Tinnitus can be triggered by a variety of causes: dysphoria, bang trauma, circulatory disorders. But even a fall or cervical disease can trigger tinnitus.

In Germany, about 10 to 20 percent of the population is permanently affected by an ear noise, and 40 percent have noticed it at least once in their lives. One third of all older people are constantly having ear tags. The onset of the disorder is typically between the ages of 40 and 50 years. Males and women are equally affected. Approximately 340,000 people in Germany are newly diagnosed with tinnitus.

There are different ways of therapy. Tinnitus laser therapy is one of the complementary (adjunct, complementary) therapies.

TINNImed & reg 2 is a quality product "Made in Germany". Experience shows that soft lasers can be helpful against tinnitus.

The Leis & shytung of TINNImed & reg 2 is calculated so that, with a treatment time of 20 minutes per ear, the necessary energy density of 2 to 4 J / cm2 on the walking screw is reached in order to perform an optimal treatment.

The TINNImed & reg 2 consists of a control unit and an earpiece. Optionally, you can also purchase a second ear piece to irradiate both ears at the same time. In order to ensure an optimal embedding in the walk, ear tips are enclosed in different sizes. Thus, you have the opportunity to select the Ohrstoumlpsel accordingly.